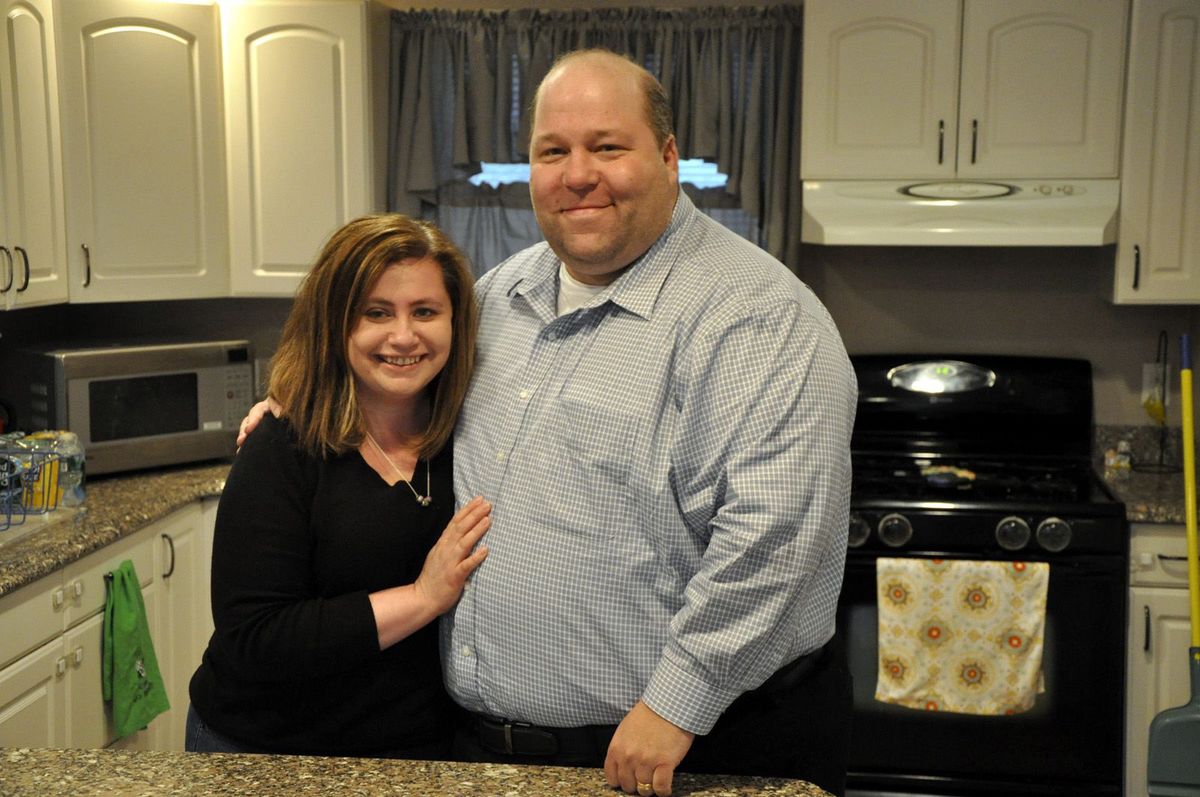 Paul Feeney is running for the Bristol and Norfolk State Senate District as nobody but himself.

Speaking in the kitchen of his North Street home in Foxboro, Feeney said that the values and ideals that he holds aren't formulated in a think tank.

"They're actually connected to my life story," he said. "They're connected to the stories of the people in this community and this district."

Feeney, 39, currently works as a central office technician at Verizon and has been the legislative director of IBEW Local 2222 since 2010. The highest elected office Feeney has held is his one term as a Foxboro selectmen, where he served from 2007 to 2010.

However, he has a substantial track record working in Democratic Party politics, having served as Sen. Jim Timilty's, D-Walpole, chief of staff, as the labor director for Congressman Stephen Lynch's campaign for U.S. Senate and as the state director in Massachusetts and the state director in Connecticut for Bernie Sanders' 2016 presidential campaign.

Feeney said that he received no heads-up from Timilty's office that Timilty was preparing to resign from the Senate to take a job as the Norfolk County Treasurer. Still, even though the opportunity was unexpected, Feeney chose to throw his hat in the ring.

Feeney traces the beginning of his political development to 1989, when his parents discovered that the house they owned in Auburn had water contaminated with carcinogens.

"It was a complete nightmare for our family," said Feeney.

In the face of most of the selectmen in Auburun choosing not to assist them, Feeney said that his parents built coalitions with their neighbors. They discovered that the neighborhood had a high cancer rate, and that the contamination came from a truck stop adjacent to his family's property. However, the owners skipped town and were never held accountable.

On top of that, they ended up losing the house, as this coincided with his father being involved in a 17-week strike at the phone company where he worked, coupled with the birth of Feeney's younger brother.

Feeney and his family moved to Jamaica Plain, and he attended Don Bosco Technical High School.

After graduating, he had his heart set on attending Mass Maritime Academy to become a sailor. However, his father informed him that the family would not be able to send him, as he had not received the required financial aid. As such, he entered the workforce and, at 19, started working at the phone company that is now Verizon.

Feeney said that he and his wife, Laura, moved to Foxboro and bought a house in 2004 because of the good school system here.

Feeney credits the success he has been able to have in his life and career to the labor movement. That said, he said that he is interested in bringing good jobs and economic development to the Bristol and Norfolk District, whether they are union or not.

One area in particular where he sees economic opportunity is in the green energy sector, and he said the he supports moving away from fossil fuels.

Another key issue for him is health care. He said that he supports a single payer healthcare system, although he thinks that it will have to be instituted incrementally. He said that not having to deal with health care costs would be particularly beneficial for small businesses.

Affordable college is another issue that he will be running on, both because of his own experience and the experience of paying off his wife's student loans with her for years.

"A college degree now is like a high school diploma years ago," said Feeney, who also expressed his support for additional training in the trades.

On the proposed commuter rail pilot service to Foxboro, Feeney said that he supports it on principal as it makes economic sense, but thinks the MBTA has done a terrible job rolling it out. He also said that the MBTA should do a better job including Walpole in the process and provide more mitigation to the community for the line.

Other issues that Feeney touched on included his dislike of the place that high-stakes testing has assumed in Massachusetts education and his desire to reform the Chapter 70 education funding formula.

Feeney has informed Sanders, Lynch and Timilty that he is running as a courtesy, although he has not asked for their endorsements at this time.

"The endorsement game is not what's going to drive my campaign," said Feeney. "I welcome support from anybody."

Nevertheless, Feeney has picked up the support from Massachusetts Nurses Association, even though he had not yet asked for their endorsement. Indeed, they had informed him of their decision before he even formally announced, on the same day he told them of his intentions.

Feeney will be facing Ted Philips, a Sharon Democrat and aid to Rep. Louis Kafka, in the primary. Joe Shortsleeve, a longtime television reporter and presenter, may also enter the primary as well.

No Republican has announced a run for the seat yet, although Rep. Jay Barrows, R-Mansfield, and Rep. Steve Howitt, R-Seekonk, are considering. The district has seen Republicans do quite well in a number of communities in it in statewide races, and the state party will likely be making a substantial effort to flip the seat.