“I am proud to have played a role in landmark legislation that I co-sponsored, known as the Student Opportunity Act, that passed the legislature in 2019. This law will go a long way toward closing the gap by increasing funding for public schools in under-resourced communities. Additionally, changes to the charter school reimbursements and special education circuit breaker formula will benefit every school district, including the cities and towns of our region. Our public schools remain the backbone of our communities in the Bristol & Norfolk district.  For many years, the Commonwealth did not do nearly enough to support our cities and towns by failing to update the funding formula to accurately reflect the rising costs of special education and healthcare.

We owe it to our kids to provide a safe, comfortable, nurturing and well-rounded environment that incorporates civics education, music and the arts in their education. Additionally, though I support the mission of charter schools and have seen great success in many, we must not allow precious resources to be funneled away from traditional public schools.

Beyond just K through 12, I have consistently advocated for debt-free public colleges and universities and the elimination of student debt. My family didn't have the resources to afford my college tuition, even at a State college and I feel strongly that no aspiring student should be in that position. It's time for us to close corporate tax loopholes, pass the fair-share amendment, and find a way to provide higher-education, including vocational and trade school, to every person that wishes to attend.”

Senator Feeney is a vocal and ardent supporter of our public schools from K - College.  Paul believes that students are best prepared for a lifetime of learning when we support our teachers and allow them to develop curriculum that is well-rounded and well-resourced.  Within days of being sworn in as our State Senator, Paul co-sponsored legislation that would adjust the antiquated funding formula that has left many students behind and our cities and towns in a position to cut staff or raise local taxes. That legislation passed the Senate and the House and was signed by the Governor in 2019. Senator Feeney has championed efforts to end high-stakes punitive testing and toward a more fair and accurate standardized assessment of our students. In addition to supporting the Promise / Student Opportunity Act, Feeney is also a co-sponsor of the CHERISH Act to make up the more than $500 million annual funding shortfall to public colleges and universities in Massachusetts.

FEENEY, OTHER AREA LAWMAKERS BACK $1.5B COMPROMISE EDUCATION REFORM BILL

STATE SENATE PASSES SCHOOL FUNDING REFORMS
...Feeney, who campaigned for office promising to support the changes, said the bill was one of his highest priorities. “This bill was at the top of the list for me. It will go a long way in leveling the playing field. It would more accurately reflect the true costs,” he said. He said the bill, if signed into law, would phase in changes to the funding formula so the state would not have to come up with all the funding at once.

LOCAL LAWMAKERS FIGHTING FOR MONEY TO STUDY MCAS ALTERNATIVES
...An amendment sponsored by Sen. Patricia Jehlen, D-Somerville, and supported by Feeney, D-Foxboro, put the $400,000 into the Senate version of the budget. “I’m supportive of it. We have to find alternatives to high-stake, punitive testing,” Feeney said. 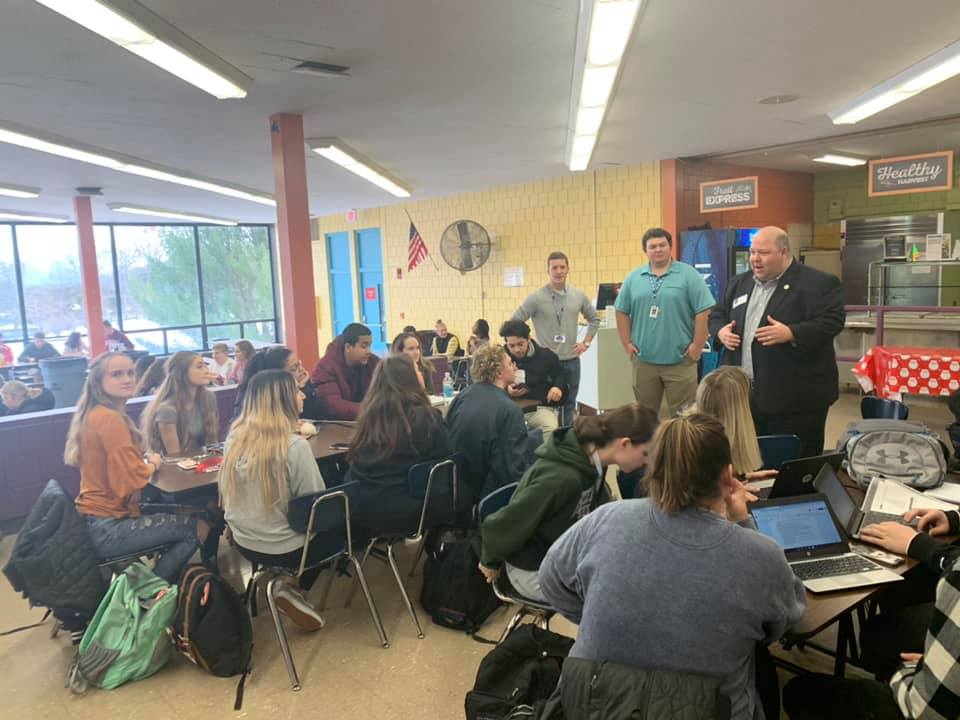