“We must act now and we must do so boldly.  The unsustainable rise in healthcare and prescription costs across the board, is the defining issue of our time.  Working-class families, seniors and others on a fixed income are struggling to keep up with skyrocketing costs of what I believe is a basic human right; access to quality affordable healthcare.  Simply, the current system is broken and people are sick and dying because of the lack of action and courage from elected officials at all levels.

I have consistently supported policy measures that move us toward universal coverage that is
affordable and accessible by every person, 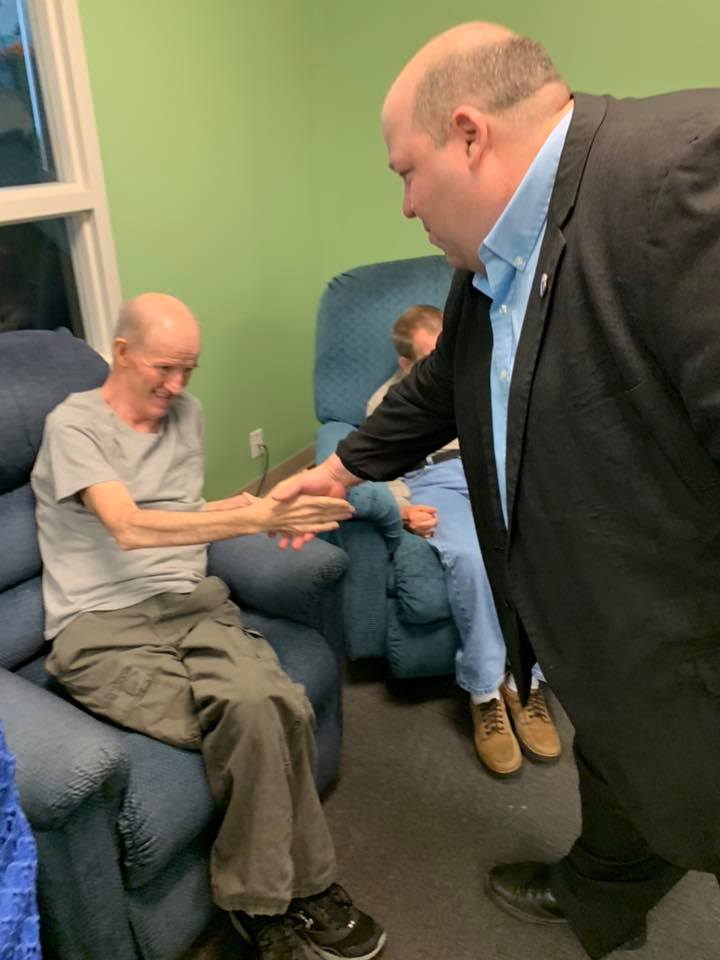 regardless of their wealth.  I am a co-sponsor of
an Act Establishing Medicare for All in Massachusetts and believe that for-profit health insurance companies have left working class people with unaffordable and many times unaccessible healthcare. A Massachusetts medicare for all plan will save people money year after year. Additionally, I will continue to advocate for transparency in the pharmaceutical industry and take steps to lower the exorbitant costs of prescription drugs. It is now more important than ever that our state legislators stand up to protect medicaid, medicare and other Federal programs that are being threatened by the administration in Washington. I will fight every day to protect healthcare for the people of Massachusetts!”

During Senator Feeney’s first few days as our Senator, he took an immediate and active role in helping to shape the sweeping Healthcare Cost Containment bill that passed the Senate.  The bill that Feeney supported incentivized the market to close the gap between the most expensive, larger hospitals and the often lower-paid community hospitals. The aim, as Senator Feeney describes, is to “ensure that ALL people have access to quality healthcare regardless of where they live or who their employer is”. In 2020, Feeney voted in favor the Mental Health ABC act to break down barriers to mental health care and to ensure parity between physical health and mental health.

Senator Feeney co-sponsored an amendment during the 190th legislative session that sets in place a “single-payer benchmark” to gather data and study how a single-payer system would compare to the current healthcare costs in the Commonwealth.  The measure was supported by the Republican leader in the Senate and though it does not mandate a shift toward a “medicare for all” system, Feeney believes that it will offer real data that shows our current system is broken, unaffordable, not sustainable and in need of a bold overhaul.

Attleboro forum focuses on costs, benefits of Medicare for All

Feeney said officials at Sturdy Memorial Hospital also tell him that people in need of mental health services have to stay in its emergency room while waiting for a bed at a psychiatric hospital to open up.

“This bill is based on a concept that mental health is just as important as physical health,” Feeney said.
Do you like this page?
Tweet
*This site is managed by The Feeney Committee, is the official Campaign site of Senator Feeney, and is not associated with Senator Paul Feeney's official government page*