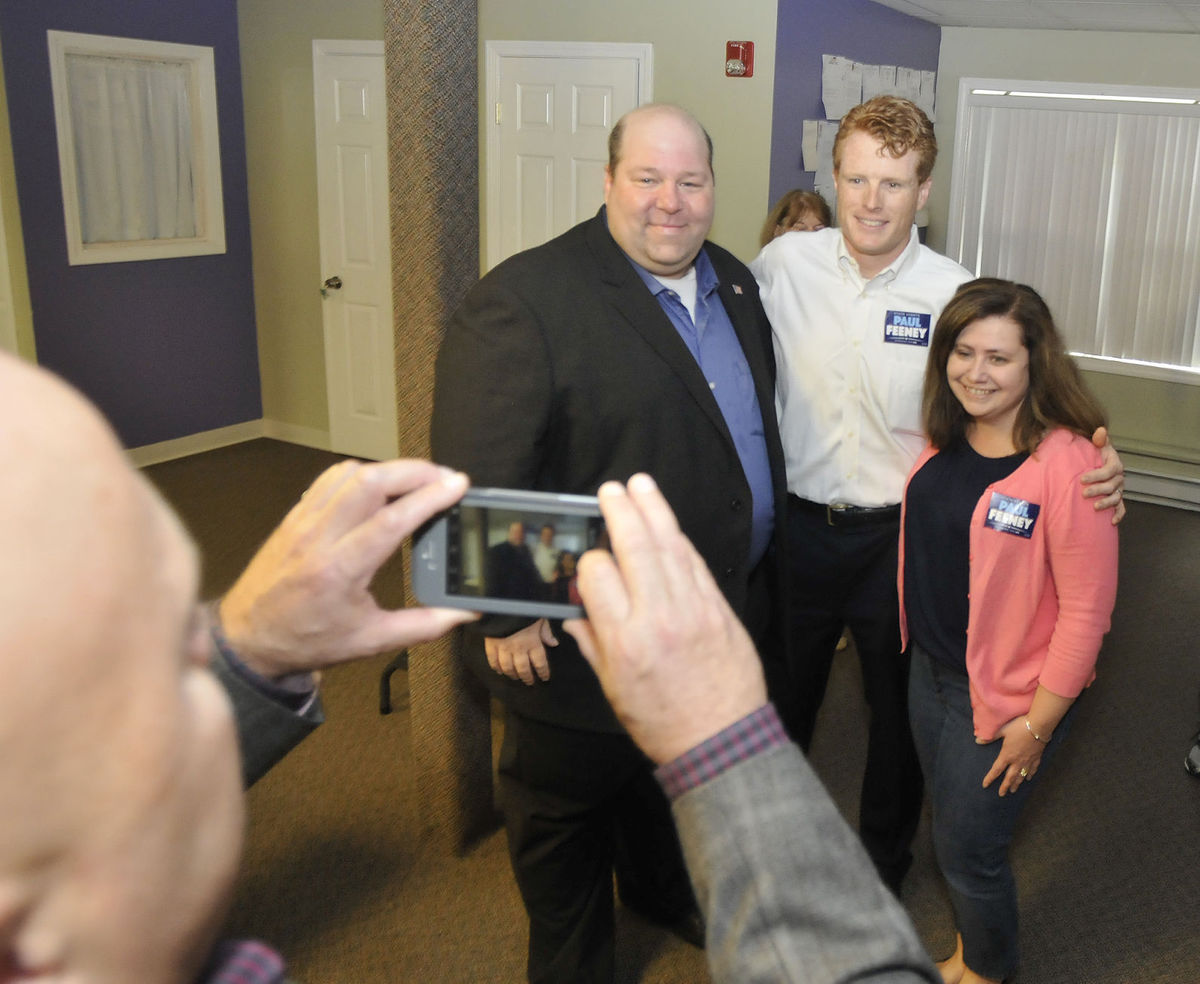 By Jim Hand, The Sun Chronicle

Kennedy, D-Brookline, said Feeney will fight for working families on issues such as health care, jobs and paying for college.

In the era of President Trump, Kennedy said, families need representatives like Feeney looking out for their interests.

Kennedy said later that he was not reluctant to get involved in a local race because he knows Feeney so well.

He said the stakes are so high that he wanted to back someone with shared “values and vision.”

Feeney is the Democrat in a three-way race for the state Senate. James Timilty resigned the seat to become Norfolk County treasurer.

A former aide to Timilty, Feeney is running against Republican Jacob Ventura and independent Joe Shortsleeve.

The district includes half of Attleboro, all of Seekonk, Rehoboth, Mansfield, Norton, Foxboro, Walpole, Medfield and part of Sharon.

Kennedy represents all of those communities except Walpole in Congress.

In addition to lending his endorsement, Kennedy helped attract 100 volunteers to Feeney headquarters in Mansfield.

After the speeches, the volunteers spanned across Mansfield, greeting voters at their doors and handing out literature.

Several of the volunteers were from college Democratic organizations and traveled from as far away Amherst and Worcester to help.

Feeney said later that he feels blessed to be helped by so many people, including Kennedy and the volunteers.

He told the crowd he and Kennedy share the same values, such as addressing student debt, providing affordable health care and closing the wage gap between men and women.

Those are also the values of the Bristol and Norfolk District he is running in, Feeney said.

“People want to feel like someone is going to give them a fair shake,” he said.

Feeney said he and Philips debated principles during their primary while the Republican candidates bickered over personality.

Ventura, the Republican nominee who defeated three opponents in the GOP primary, is working on bringing in Gov. Charlie Baker to endorse him.

If that happens, it will mean two of the most popular politicians in the state, according to polls, will have gotten involved in the local race.

The special election is Oct. 17.